Emma Kunz lived from 1892 to 1963 in the German-speaking part of Switzerland. In her lifetime she was recognized as a healer; she herself described herself as a researcher. Now she has acquired an international reputation through her artistic work. Even in her schooldays, Emma Kunz occupied herself with exceptional happenings. When she was 18 years old, she began to use her abilities of telepathy, prophecy and as a healer, and she began to exercise her divining pendulum.

She achieved successes through her advice and treatments that often edged on the limits of miracles. She herself rejected the term miracle because she attributed it to the ability to use and activate powers that lie dormant in everyone. Not least, it was this gift that permitted Emma Kunz to discover in 1941 the power of the Würenlos healing rock that she named AION A. From 1938, Emma Kunz created large-scale pictures on graph paper. She described her creative work as follows: "Shape and form expressed as measurement, rhythm, symbol and transformation of figure and principle". As visionary artist, she bequeathed to us a fascinating collection of her works of art that encodes immeasurable knowledge. The pictures are probably the most direct way to experience Emma Kunz's personality.

«People such as Emma Kunz live at best once every 500 years,

such a witness as that delivered in her bequeathed work.»   Prof. H. Larcher, Paris 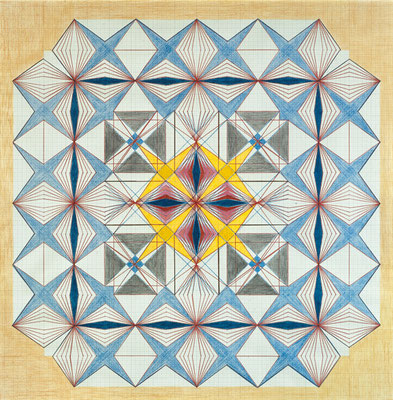 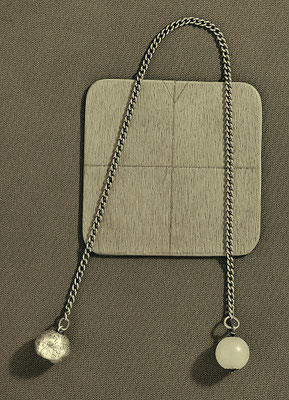 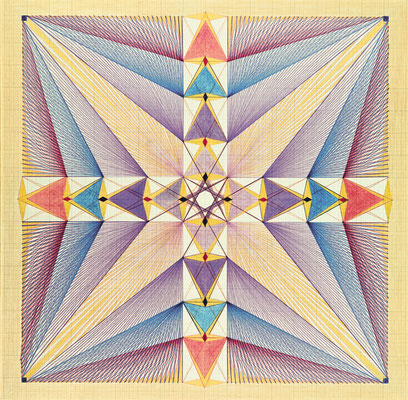 Emma Kunz, one of the most exceptional women of the 20th century, was known as a natural healer all her life and described herself as a researcher. She has now acquired an international reputation as an artist who created an incomparable artwork that has to date been exhibited in over 50 museums around the world.

Emma Kunz left behind a comprehensive legacy of artwork consisting of around 400 drawings. The legacy was first made available to the public in 1973 thanks to Prof. Heiny Widmer, the director of the Aargauer Kunsthaus art gallery at the time, and created a sensation in the art world.

This was followed by retrospectives at the Kunsthalle Düsseldorf and the Musée d'Art Moderne in Paris as well as group exhibitions such as "Junggesellenmaschinen", "Visionäre Schweiz" and in 1999 "Biennale Lyon", curated by Harald Szeemann. During the same year, the main exhibition at the Kunsthaus Zurich "Richtkräfte für das 21. Jahrhundert", was dedicated to Emma Kunz, Joseph Beuys and Rudolf Steiner. From March 2005 to April 2006, part of her collection of artwork went on an exhibition tour, starting at the Drawing Center New York, then appearing at the Santa Monica Museum of Art and finishing at the Irish Museum of Art in Dublin. In 2009/10, a number of exhibitions were held, including one in Japan at the Kawamura Memorial Museum of Art. The works of Emma Kunz were also exhibited at the Gwangju Biennale in South Korea in 2010. In 2012, her work was displayed at the Paul Klee Centre in Bern, followed by exhibitions at the New Museum of Contemporary Art in New York, then at the "La Caixa" Foundation in Barcelona and finally in Madrid. As of 1 June 2013, Emma Kunz is once again represented at the Biennale in Venice. Further exhibitions are currently being planned.

Emma Kunz recorded her knowledge in large-format drawings on graph paper, and their significance extends far beyond their aesthetic beauty. They are a visible testimony of her research, represented by strictly geometric drawings on graph paper with pencil, coloured pencil and oil pastels, whose content, among other things provides answers to her questions about life and its spiritual implications. She described her artistic energy fields as follows: "Design and shape as dimension, rhythm, symbol and transformation of numbers and concepts." For Emma Kunz, each colour and each shape had a precise meaning in her understanding of the world. The pictures served her as her answers in her search for enlightenment.

She regarded her pictures as holograms, spaces you could walk into, images to be unfolded or collapsed back down again, usually multilayered in their construction. At a primary level, they opened up to her the cryptic answers to numerous questions that interested her. These might be spiritual or philosophical in nature, of they might contain the cause and treatment of an illness, or provide an explanation for a political situation and the resulting consequences.

On another level, she also used her pictures to help with the physical or mental problems of her patients. For Emma Kunz, her works went far beyond the normal definition of art. She was sounding out spiritual layers that often led to prophecy.

She worked on some of her pictures for over 48 hours, non-stop! During a creative phase like that, she never slept and hardly ate, surviving only on drinks. Peope in the village would remark that the light was on all night in Emma Kunz's house.

The Emma Kunz Centre was opened in the Roman quarries in Würenlos in 1986 to preserve the findings of Emma Kunz for posterity and to extract the AION A, a healing rock that she had discovered, and thus make it accessible to mankind. As the result of the founding and work of the Emma Kunz Centre, the heart-felt wish of Emma Kunz was fulfilled that "this place of strength" might become a meeting place where cultural, spiritual and healing works could be brought together.

The impressive stone grotto, where Emma Kunz discovered the AION A healing rock in 1942, forms the centrepiece of the facility. She continually returned to this place in order, as she put it, to "recharge like a battery" her body and soul, surrounded by the balancing and harmonising effect of the grotto. This earthly sanctuary is sought out today by innumerable people in line with Emma Kunz's vision.

The Emma Kunz Museum, openend in 1991, houses a permanent exhibition of 70 of her most important works.

As a pioneer, Emma Kunz is considered to be one of the most important "females healers" of the past millennium (illustrated volume, Sandmann-Verlag, Munich, 2010).

In 2011, the Limmat-Verlag publishing house, Zurich, published the book "Starke Schweizer Frauen" (Strong Swiss Women), in which Emma Kunz is honoured with the title "The visionary among the blind" and "The people's saint". 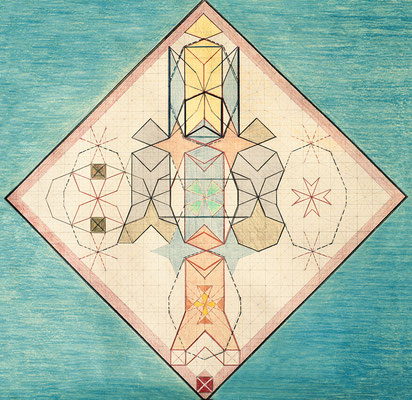 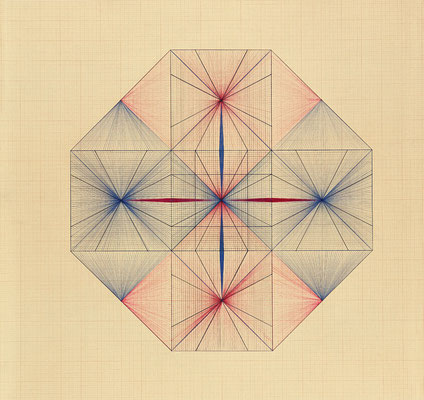 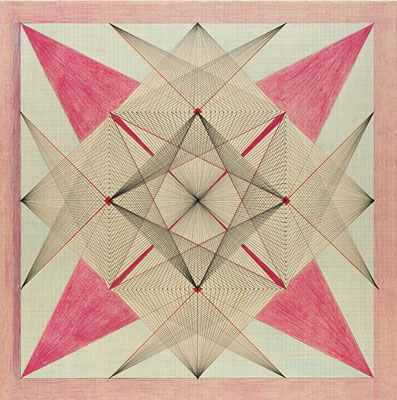